Aircon keeps us cool in the summer and warm in winter, but we didn’t always have such a handy bit of technology. Air conditioning in the past was expensive and cumbersome, and before that, people just made do!

To celebrate the incredible transition from handheld fans to air-con, these are 6 cool facts about the inventions’ history. From the humble inventor to the first fitted out car, here are 6 cool facts about air conditioning history.

Willis Carrier is credited with designing the first air conditioner; however, not for the reason, you may expect. The pioneering engineer came up with the idea to control the humidity in a New York publishing house.

The company had issues with their paper soaking up excess moisture, and as a result, it would expand and contract, leading to ink that would dry unevenly and sometimes smudge. Thanks to Carrier’s invention, the company’s paper could dry uniformly, resulting in an even print.

Early air conditioning units were big and expensive, so as you would expect, only those with large homes and lots of money could afford them. How much money? The first air conditioning units cost between $10,000 and $50,000 – and that was in the early 1900s. These days that roughly translates to $120,000 to $600,000! ‘Summer blockbuster’ wasn’t always a term people thought of in the warmer months. In fact, films were released at other times of the year, because before air-con, no one wanted to spend time in a hot, crowded cinema during summer. But this all changed in the 1930s.

Cinemas were one of the first businesses to begin fitting their venues with air conditioning. It was also a big financial risk as the technology wasn’t cheap, and it was during the great depression, after all. But it sure paid off. Soon summer movie sessions became very popular. The combination of fresh cool air and entertainment was all too enticing, and ticket sales went through the roof. Film studios caught onto the trend and began timing their releases for the summertime and before long, the biggest releases of the year became known as the ‘Summer blockbuster.’

Air conditioning isn’t just great because it keeps the sweat off your back. It’s also good for your health! As it results in steady, controlled temperature environments, air conditioning has allowed medical scientists to perform new procedures and experiments that have led to many innovations in the field. Many medications also need to be held at a certain temperature to keep, and in fact, the average life expectancy has increased as a result!

American researchers have also found that air conditioning has decreased the chance of the sick and elderly dying on hot days, a statistic that has fallen more than 80 per cent in the last 50 years.

First Air Con in a Car

The Packard Super Eight, released in 1939, was the first car fitted with air conditioning. Honestly, it wasn’t exactly a hit: the car was costly, and the whole system took up half of the cars boot space. There was also no built-in thermostat, so the only option to regulate temperature was to shut down the blower unit. The technology eventually became more practical and commonplace in the post-war period.

We might take it for granted now, but people had to get pretty creative to keep cool in the warmer months before air conditioning.

• In ancient times, people would live in underground houses or even caves to cool off in the summer months.

• In more recent times, buildings were constructed with higher ceilings, breezeways and shady eves to create a cooling effect. Architects no longer worry about such features since the advent of air conditioning.

• Stone was also a much more common building material before air conditioning. Although heavy and costly, it provided great insulation.

• It was a common practice to store ice blocks in a cool dark place during the winter. When the warmer months arrived, the ice blocks would be used in homes for cooling and refrigeration. In fact, when air conditioning was first introduced, cooling power was measured as ‘ice power’, or the number of ice blocks needed to perform the same cooling.

• Before air conditioning, some workplaces such as warehouses, elevated offices and industrial manufacturing facilities were simply unbearable during summer, so many industries had months of holidays at a time. So, many people have air conditioning to thank for the lack of holidays!

We are based in Sydney’s Inner West. However, our operations span the greater metro area, including the Eastern Suburbs, Lower North Shore and South West. We always respond quickly and always aim to be on-site as soon as possible.

With over 9 years of experience under our belt, we pride ourselves on providing fast and efficient electrical and air conditioning services of the highest quality. If you’re looking for an aircon installation quote or electrical advice, please don’t hesitate to get in touch today.

Learn some more about the world of air-con below:

How To Optimize Your New Air Conditioner

Ideal Indoor Temperature – What it is and how to get it

show
1 From the humble inventor to the first fitted out car, here are 6 cool facts about air conditioning history.
1.1 Cool Paper
1.2 Costly Cooling
1.3 Summer Blockbuster
1.4 Dr Air Con
1.5 First Air Con in a Car
1.6 Before Air Con
1.7 About Us 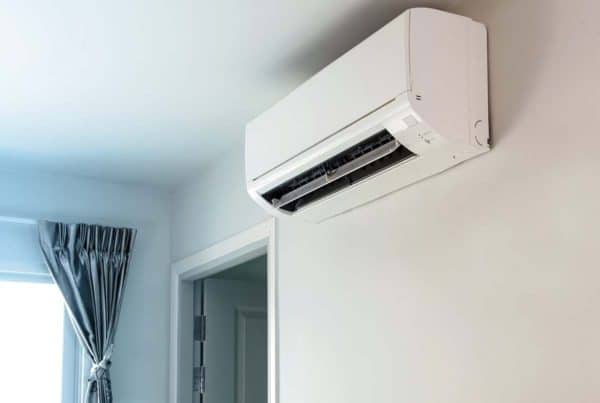 How Much Does a Split Air Conditioner Cost?