What is Surge Protection

It’s a dark and stormy night and suddenly you hear a lightning strike nearby. The lights flicker for a second and you wonder to yourself, “Do I have surge protection?”

The standard Australian voltage for most domestic situations is 240 volts. Anything over this is considered a ‘transient voltage’ and can be very damaging to electronics plugged into the outlet in question. Surges can be caused by different things, however, common causes include lightning strikes and electrical faults.

A surge protector is a device that protects other devices from spikes in voltage, if you had one installed, your TV wouldn’t have fried. Power surges are brief, however, their damage can be considerable, so it is important to install surge protection in your home to protect your electrical devices. But what exactly is a surge protector? Here are a few things you should know.

What Happens Inside a Surge Protector?

In the advent of an electrical surge, the MOV can make adjustments to a voltage that is too high, by redirecting anything over 240 volts through to the grounding wire where it dissipates, without frying your television and a safe stream of volts continues to power your appliances.

Surge protectors arn’tt all the same. Power strips are inexpensive expanders that usually have a circuit breaker, however, they do not all offer protection in the advent of a surge. Surge protectors offer a level of protection against power spikes. How much and how well varies considerably between products.

Surge Protectors Have a Lifetime

The total joule rating of a surge protector is the total amount of joules it can absorb in a lifetime, so after a while, a protector will wear out. Some will give you a warning, often in the form of a LED light, however, others do not. If you have had an electrical mishap, such as lightning or an electrical fault, it’s always safer to replace the unit.

With over 9 years experience under our belt, we pride ourselves on providing fast and efficient service of the highest quality. If you have any questions regarding electricity in your house or are looking for a quote for electrical installations, repairs, or general maintenance, please don’t hesitate to get in touch with HunterCON today.

show
1 Power surges are brief, however, their damage can be considerable, so it is important to install surge protection in your home to protect your electrical devices. But what exactly is a surge protector? Here are a few things you should know.
1.1 What Happens Inside a Surge Protector?
1.2 Joule Rating
1.3 Types of Surge Protectors
1.4 Surge Protectors Have a Lifetime 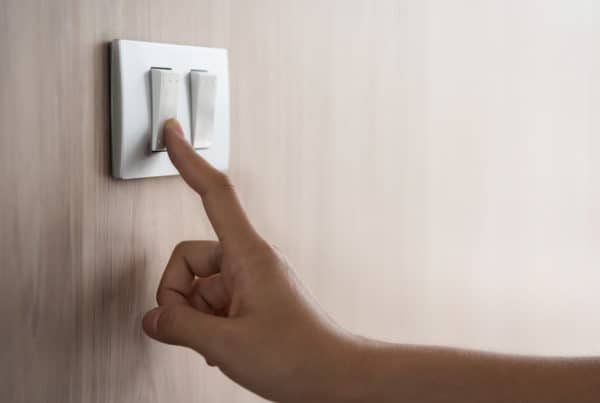